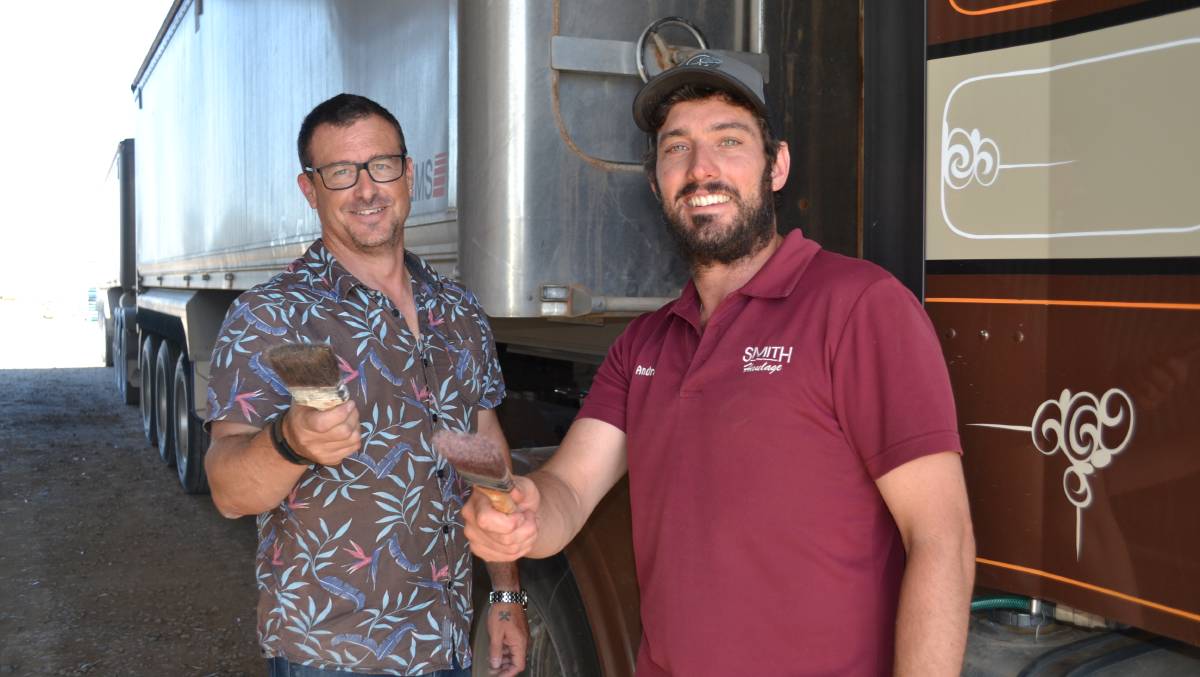 A Tumby Bay business is supporting this year’s street art festival by offering up a trailer to be painted at the event.

Andre Smith, operations manager at Smith Haulage said he was approached by the Tumby Bay Progress Association about the possibility.

“We thought it was a great idea, it’s a concept other than a wall, and we were keen to promote Tumby Bay,” he said.

“We always try and support the community, like helping with freight and things like that, but now this is another way to give back to the community that has supported us,” said Mr Smith.

Smith’s Haulage will offer a refrigeration trailer to be painted during the festival on April 12, 13, and 14 somewhere in the town for public viewing.

Two sides of the trailer will be painted by one artist, who is yet to be confirmed.

Mr Smith said the trailer travels approximately 200 000 kilometres a year, and will act as an advertisement for the festival and town while it travels through the Eyre Peninsula and beyond.

“But if the rail goes down in Perth or Darwin it can be sent there – like last week the Perth line went down and we had to send it over that way.”

He said he wasn’t at all apprehensive about not knowing what kind of art was going to be painted on the trailer.

“I’ve seen the high quality work from last year, and we’re pretty proud to have something on our trailer from the festival to be honest,” he said.

Paul Stoddard, president of the progress association said everything they did was to make people aware of Tumby Bay.

“Before, people would just keep driving down the highway and not turn off into the town,” he said.

“This way we can make people aware of the amazing things we’ve got here.”

“It’s a massive commitment from Smith’s, and they’ve put trust in us that we’re not going to do anything that isn’t amazing.”